THE ORIGIN OF ASTROLOGY

THE ORIGIN OF ASTROLOGY 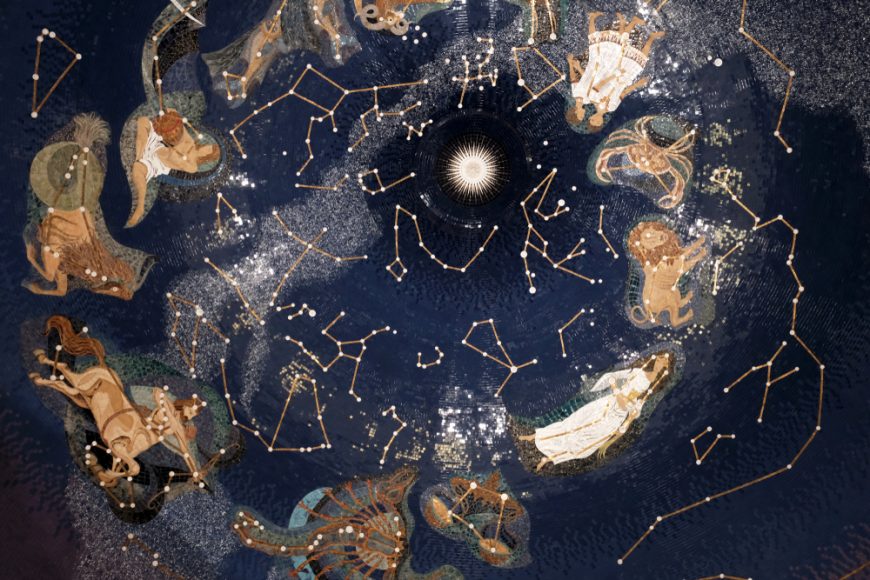 Herodotus, regarded as ”the father of history” by modern western scholarship, claimed that the Egyptians, not the Greeks, discovered astrology (though he does not refer to ”it” [astrology] by this title, his description of the practice is explicitly how anyone with the slightest knowledge of it would describe astrology a.K.A. Cozmophyzix… He wrote:

”…The Egyptians likewise discovered to which of the gods each month and day is sacred; and found out from the day of a man’s birth what he will meet with in the course of his life, and how he will end his days, and what sort of man he will be discoveries whereof the Greeks engaged in poetry have made a use. The Egyptians have also discovered more prognostics than all the rest of mankind besides. Whenever a prodigy takes place, they watch and record the result; then, if anything similar ever happens again, they expect the same consequences…”

The foregoing may be found in book two paragraph 82 (ii:82) in this link.
Www.Ancient.Eu.Com/article/86/
It may thus be observed that the hellenistic greeks of herodotus’ day were deeply involved in commerce with the international trade routes of that time and very well knew the difference between the egyptian of khamit (or ta-meri / ta-nehesi), the Ethiopian of habasha (abyssinia) and the hindu of induskush, all three, descendent nations of kush ”dwipa kush & indus kush” propoerly.

“…The surya siddhanta is the greatest astronomical text written in the sanskrit language. Surya siddhanta provides all of the calculations required to calculate the lagna, planetary positions, nakshatras, etc. The legendary history of the surya siddhanta, though hardly believable, is quite interesting, and if there is an element of truth to it, very revealing. Legend has it that surya siddhanta was given by the sun to the asura maya at the dawn of the last satya yuga, which would be approximately 6600 bc. Maya is said to have propitiated the sun and asked for the boon of knowing the mysteries of the heavenly bodies. The sun replied that he could not tutor him in his true form as he is too brilliant but that he would incarnate as a barbarian in the city of romaka and give him the surya siddhanta. Modern scholars consider romaka to be rome; however, surya siddhanta gives the location of romaka, along with three other ancient cities: yamakoti, lanka and siddhapuri. These four ancient cities are all stated, by the surya siddhanta, to be located upon the equator upon the four quadrants 90 degrees away from each other. This puts yamakoti at 00n00 latitude and 165e46 longitude as measured by today’s coordinates, though in the time of the creation of the surya siddhanta yamakoti was the prime meridian and would have had longitude of zero. Lanka was placed at 00n00 latitude 75e46 longitude; romaka at 00n00 latitude and 14w14 longitude, and siddhapuri at 00n00 latitude 104w14 longitude. All of these fabled cities would have been placed where there is now nothing but ocean, however, at the location where yamakoti had stood there are ancient underwater buildings and structures pointing towards a time when a city had stood there upon some island. If it is true that surya siddhanta was taught to maya at romaka, then the roots of modern astrology would be in romaka, as without the knowledge of the nakshatras, rasis and planets given in the surya siddhanta no serious astrology would have been possible. Romaka is far off the coast of Africa and I have not heard of there being any sign of an ancient city there, but that does not mean that there wasn’t, especially if taken in light of there having been a city at the location specified for yamakoti. If surya siddhanta was indeed given at romaka, the closest culture to romaka that we know of having practiced astrology was Egypt, which according to Ptolemy was where Greek astrology originated. How much truth, if any, there is to this legend, is impossible to tell, but it does reflect the ambiguity of astrology’s origins, and, therefore, the ambiguity of which is indeed the correct zodiac for erecting a horoscope, the tropical or sidereal…”

Now, historians very well may not dispute the ancient origins of astrological method in ancient India … While their oldest astrological text (the surya siddhanta) claims that astrological practice came from a city named ”romaka” which is given coordinates in the Atlantic, about 350 to 400 miles southwest of what we identify in the present day as the country of ”Liberia” located in western extremity of the continent of Africa.