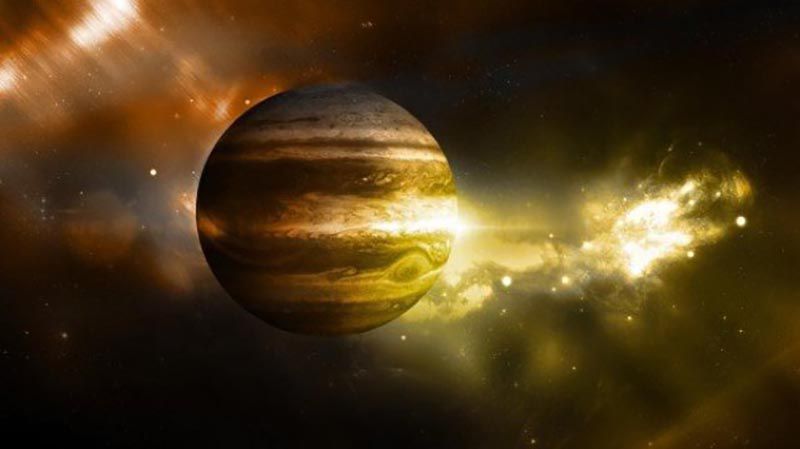 The planetary vibration of Jupiter manifests in this realm of existence as the faculty of ”conscience” & ”benevolence”…Which reverberates qualities such as kindness,mercy,broad mindedness & the desire to expand ones sense of education………………………….361º=19²nd power~•*¨*•.¸¸¸

Jupiter is indicative of travel and long distances , as well as the vehicles utilized for such purposes. In the old times we used horses mules chariots and other beasts of burden, elephants and ostriches… Consequently these animals are ”jupiter” indicated creatures. Today we use automobiles and motorcycles, trucks and tractor trailers.

Because jupiters vibration is manifest in such ideas as higher education, philosophy, and doctrinal thinking, it considered the indicator of such institutions as universities , churches, mosques, ashrams,and the systems of thought or spirit…Ual development that these institutions promote.

The occupations which are categorized by these coincide perfectly…. Thus in cozmophyzix jupiter is indicative of proffessors,priests,philosophers and gurus, imams, bishops,popes,mullahs,muftis,ayat’allahs etc etcs

Because it represents ”long distances” and foreigners .. A person from new york state… Cozmophyzixally hahaha…Would be considered a ”foreigner” to some… One from , lets say … Virginia or florida

Keywords which are found to have an affinity with the vibration of jupiter’s energy are : large, big , far, huge, humungous, gigantic, distant, beyond, moving , running, jumping, leaping…Etc etc

Jupiter has its correspondence in the realm of anatomic application as well… And is indicative of the thighs , the femer bone, the hip and pelvis, the sciatic nerve,the liver and the flow of blood throughout the body …Not the blood or blood cells specifically